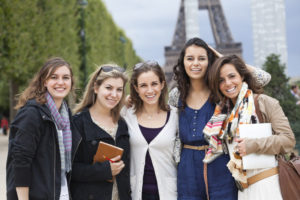 Half of Germany’s international students will stay after graduation

Almost half the foreign students in Germany will stay in the country after they graduate, new research shows. A survey of 11,000 international students found that three in 10 plan to stay permanently in Germany after finishing their studies, four in 10 plan to stay at least 10 years and seven per cent are planning a short-term stay.

In recent years Germany has eased legal restrictions on overseas students, making it easier for them to work in the country both during and after their studies. The research, carried out by the Education Ministry and the government-funded German Academic Exchange Service (DAAD), suggests the move has made Germany more attractive as a study destination. The number of international students in German universities is higher than ever, with more than one in 10 students hailing from abroad.

Engineering degrees and postgraduate programmes are the most popular courses with international students, according to the DAAD report. International students who graduate from a German higher education institution are entitled to stay in Germany for up to 18 months and work without restrictions.

As well as this perk, students questioned in the survey said the main things attracting them to Germany were the quality of education (89%), the acceptance of German degrees internationally (72%) and the low tuition fees (68%).

In return, foreign students pump an estimated €1.5 billion a year into the German economy.

DAAD President Margret Wintermantel said: “The international attractiveness of higher education and research locations is measured by how many foreign students are attracted to a country. The fact that so many of them remain shows that Germany is attractive for talent from around the world.”