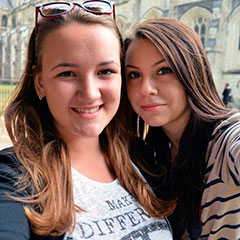 About the Summer Junior Program in Bournemouth

It was our first trip to England. Our adventure began in the airport, where we got lost, but within an hour found a way out. Olga met us, she became our favorite person because she had saved us a hundred times over the next two weeks. The first evening in Bournemouth was rather difficult: did not understand anything, everyone wanted something from you and you just set there smiling and hoping that you would not be asked any questions.

First day we badly wanted to go home, but the next day we realized how it is fun and exciting to be in England!

In the morning I met with the entire British family. I lived with parents and their three lovely kids who loved to play with me as I was with them. Also in this family there were a dog and two cats. On that day, we had a lesson of Pilates on the beach. It was difficult to do some of the exercises, but we all enjoyed it. After such an exhausting work out, we decided to have some food. The first time we ate lunch on the grass lawn! We were very surprised that all people can sit, lie down or even sleep on the grass in a public park.

The balloon got much of our attention, which was located in the heart of this wonderful place. It calls a Bournemouth Eye. A few days later we took a ride on it, but Masha was very afraid of height. The view was very beautiful and unusual. With the 120 meters we could see quite a large part of the city, where we have recognized houses, streets, people , sea, and these incredible double-decker buses!

Olga showed us grocery and retail stores, our bus stops and bus schedules. We also bought the travel cards. Several times I missed my bus, because forgot to pull the hand up. Getting lost in Bournemouth with Masha became our hobby, we lost about 10 times, our salvation was Olga, always helped us.

When we went to school to pass the test, we met with students from Germany. As it turned out, there were 50% germen of all students.

For the first time I was so happy to go to school! Teachers explain everything so clear that I did not have to ask them to repeat every two minutes. They impressed me with their kindness and smiles. The lessons were very interesting, informative and fun.

At our free time, we went with Maria shopping, bought some food and set on the beach. It has become a kind of tradition for us. Later in the afternoon we were going home to have dinner and relax a bit. In the evenings we met near the balloon and went back to the beach to chat and watch the people of Bournemouth.

The first week went very quickly for us, and on the second one we met with children from other countries (like Russia, Poland and France), with whom we spent the rest of the week. It was a lot of fun in the evenings.

We went on two excursions in Winchester and London. These two unusual and beautiful cities left a lot of impressions. Winchester impressed with architecture. The only negative thing is very little free time to explore beautiful places as much as possible.

The trip to London was the long-expected for us. We really wanted to go there. We visited many amazing places such as London eye, Big Ben, Buckingham Palace and National Gallery. Of course, we got lost in London, and Olga once again had to help us.

The last days were somewhat sad, because we knew that soon we get to go home back. This trip to England was the best in my life. I have never received so many positive emotions. I hope to come back again next year.

Your students Katya and Mariya.

If you have participated in our programmes,
share your experience 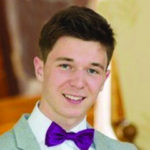 I've always been attracted to education in the UK by its prestige and opportunities for a future career. We asked the SBE company to advise the best options for entry into an agricultural college in England. They helped me... 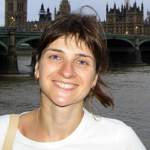 DREAM! And dreams do come true! London is one of the cities that are definitely worth to visit! Especially those who have studied, is studying or going to study English. The best way to motivate yourself! 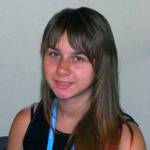 I would like toappreciate the excellent work of qualified teachers and supervisors at the school. After the Summer School in England I saw daughters desire to continue studying English at home. Interesting excursions... 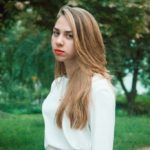 I decided to continue my education in the UK after I had spent the summer holidays in London. I knew exactly that I liked the approach of British teachers in teaching students, culture and traditions...

I returned from the teaching conference in Liverpool more than a week ago. To tell the truth, I liked it but was still happy to get back HOME!!! The Beatles and their music were the highlights of the trip but the conference itself... 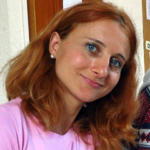 Thank you very much! I really liked the program, which was offered by your company. I was studying on the General English program, and for me it was a return back to the students life. During the week days we were... 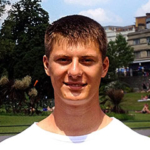 I lived in a British family, and the next day as I arrived I was invited on the family dinner, that was attended by the entire family of about 15 people. It turned out that it is a family tradition, and they always spend Sunday together...

Video testimonials of our Students